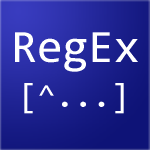 With the rising demand for proper and established standards with web-based applications SRP has been rather busy implementing Representational State Transfer (REST) APIs. We will be sharing our experiences and best practice approaches to this in upcoming articles. Since Semantic URLs are often considered an important element of implementing RESTful APIs we wanted to lead off with an article that explains how all versions of the OECGI can be hidden from the URL.

By way of brief review, most developers know that OpenInsight provides OECGIx.exe (henceforth OECGI3.exe) as a tool for enabling web traffic to execute OpenInsight procedures. This is accomplished by configuring the web server to run OECGI3.exe as a CGI script and then configuring OECGI3.exe to connect to a running OEngine server where the stored procedures are located. Web visitors are able to run the stored procedures simply by accessing a URL to execute the procedure. The procedure runs in OEngine and returns data such as an HTML web page, JSON data structure, XML document, or other HTTP document to the web browser making the request.

This article walks through the process of a technique called URL Rewriting to hide OECGI3.exe from the URL your visitors see. Instead of seeing a URL such as:

Note: Rules specifically tested for use with the SRP HTTP Framework are available here.

Why Use URL Rewriting

Beyond simply conforming to a RESTful style there are a number of additional reasons to use URL Rewriting and most web applications employ it for one or more of the reasons below:

The web server is configured to use the URL rewrite module and then programmed with short rules that instruct the module on how to ‘re-write’ URLs as they are requested. Let’s take the example URL:

When the web server receives a request for this URL it checks the rewrite module for any matching rules. In the example rule we’ll be walking through the rule to change app to cgi-bin/oecgi3.exe which in turn executes the full URL.

Under normal circumstances OECGI3.exe is unaware of the rewrite rule and thinks the request was for the complete URL. Let’s walk through setting up this simple URL rewrite rule.

Setting Up the Rule

This article focuses on setting up URL rewriting for IIS but also provides a sample configuration for Apache. The techniques should apply to any web server that supports URL rewriting.

Setting up the Rewrite Rule

If you aren’t familiar with Apache it’s usually more intimidating to the novice and a step by step walk through of the configuration is beyond the scope of this article but the concepts of how rewriting functions is almost identical. If you are familiar with Apache and have already configured it to serve OECGI3.exe requests you can use the following .htaccess rule to do the same thing as the IIS rule from the previous section by copying these rules into the .htaccess file in your website home directory:

The purpose of our rewrite rules was to shorten the URL and replace cgi-bin/oecgi3.exe with app to make the URLs more user friendly. To test the rule try opening the new shorter URL and verify the rewrite rules display the same content as the longer version.

If your setup is correct the URL http://www.example.com/app/inet_trace should display the following:

In our case, INET security was blocking inet_trace but we know it succeeded because the request did not generate an error and the dot was returned. This is the default behavior for new installations since OpenInsight 9.3.

Checking the original URL without rewriting is a useful debugging step to verify if the cause of a broken link is due to the URL rewrite rule or the target of the rewrite rule.

This article only scratches the surface of what URL rewriting can do when used with OpenInsight and OECGI3.exe. We hope to document more examples in the future that will make it easier to transform traditional OECGI URLs into cleaner and more user-friendly addresses.