Bill Reynaldos delivered the presentations at both conferences and he rightly predicted that many in attendance had probably heard his talk from the previous year. So he launched into a summary review of what had been demonstrated before, while also explaining the long history of R/List in Revelation Software tools dating back to Rev/G (i.e., decades rather than years).

While R/BRW was obviously a complex tool, it’s intentions were simple: allow developers to enter a straight R/List statement (e.g., as entered into TCL) or select an existing Report Builder report, and have this converted into a full BRW report. Thus, R/BRW was really just a pass-through utility. It gave the developer a head start with the BRW tool rather than being left to start from scratch, as we have to do right now.

One of the new features revealed in R/Band is the ability to maintain reports in the R/Band designer and not be forced to resort to the full BRW tool to make changes. Thus, R/Band reports are now their own entity with a unique class within OpenInsight 10. This was welcome news for those attending the Houston presentation as many had asked for this to be considered. While the BRW is rather nice, it can be overkill (and overwhelming) for some who just want a simple report and appreciate the middle-ground that R/Band provides. Developers still have the option to push R/Band reports all the way into the BRW. The choice is yours!

In order to make it worthwhile for R/Band reports to become worthy entities, the R/Band designer had to go through some enhancements. Unfortunately, the R/Band designer that shipped with the Alpha release presently in our hands is not nearly as polished as the one Bill was able to demo. If you want to have a full view of how the R/Band designer should look, I recommend you download the presentation slides that Revelation Software made available to WORKS members.

One immediate benefit the R/Band designer inherited as a full-fledged designer within the new IDE is the ability to make use of the property panel: 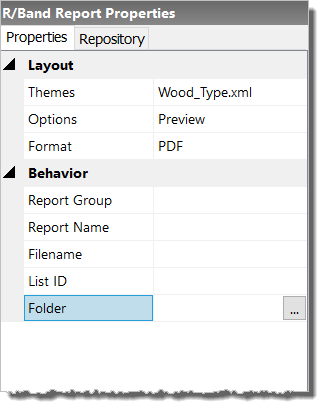 Realizing that he might still have a tough crowd who would not think that better looking and more flexible reports were sufficient reasons to use R/Band, Bill brought up two more “selling” points. The first was that BRW reports (and therefore R/Band reports) are faster than OIPI.Net reports. Even I was surprised by that comment, but Bryan confirmed this.

The last point Bill made is that BRW reports can be ran from web applications directly because there is no dependency upon the Presentation Server (although this is only possible when using the RTI_BRW_GenerateReport command line API). Having been responsible creating a solution that delivers dozens of ad-hoc generated OIPI-based reports through a web interface, I can testify that this is truly a major benefit.

My final observation on the R/Band presentation has to do with the Banded Report Writer itself. I was pleasantly surprised to see that this tool has also been upgraded for OpenInsight 10. It appears that Revelation Software went the extra distance and brought in the latest ComponentOne Report Designer, which now sports a nice Modern UI appearance: 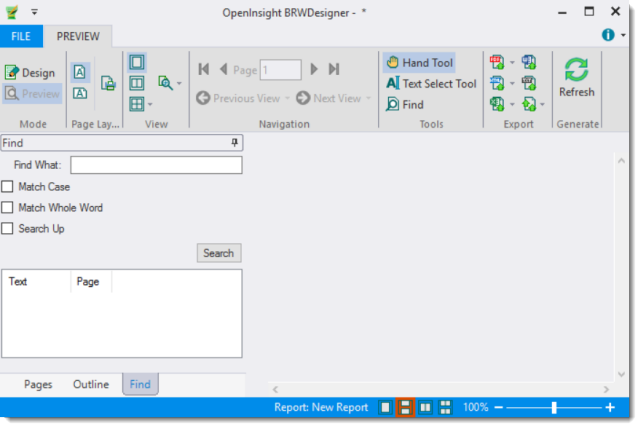 We realize that the Modern UI is not universally enjoyed. Nevertheless, we believe this is still an asset to OpenInsight developers who want their application to look and feel like it belongs among the most modern computer systems.

R/Band still has a lot of work in order to reach its ambitious goals, but among the more publicized updates going into OpenInsight 10, this could be the underdog that proves to be the most useful and time-saving for many developers.