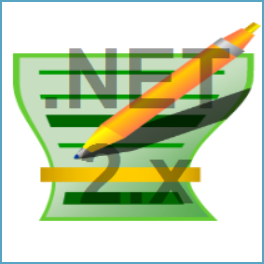 Less than two weeks ago we launched a new blog series intended to provide greater depth of understanding and documentation for the Banded Report Writer. Our next two posts will focus on the primary system stored procedures (also referred to as the command line interface) that are provided to developers so the Banded Report Writer can be nicely integrated into their applications. This first article will cover the RTI_BRWSupport function. Then we will move onto RTI_BRW_GenerateReport.

END_OF_DOCUMENT_TOKEN_TO_BE_REPLACED

We recently introduced a new feature of the SRP Editor that we refer to as service module metadata, or simply metadata. To summarize, through the use of metadata records, the SRP Editor can provide enhanced tooltip and code complete features for stored procedures that are written to provide service-style (aka methods) options to developers. This is a productivity feature that SRP has been using for quite some time and we wanted to make it available to all users of the SRP Editor.

We were encouraged to get immediate positive feedback about this feature as well as strong interest in the metadata documentation so that this feature can be extended to additional stored procedures (including System Stored Procedures, or SSPs). This article will be the first of two that specifically deal with the creation of metadata records.

END_OF_DOCUMENT_TOKEN_TO_BE_REPLACED 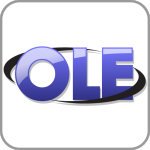 We are pleased to announce the official release of version 4.0 of the SRP ActiveX Controls.

The most notable change is that we have finally gotten rid of the single-control OCX files. SRPCore.ocx, SRPEditTable.ocx, etc. are all gone. There is now only one OCX file containing all our controls. This change in packaging will not affect which controls you are licensed to use. Other than some necessary changes to our upgrade policy*, you can still license controls one-by-one or all at once. This improved simplicity will lessen the headaches of deployment and version management.

END_OF_DOCUMENT_TOKEN_TO_BE_REPLACED

The OpenInsight Banded Report Writer (BRW) is the proverbial phoenix of reporting tools for our beloved development environment. Many fondly recall the Report Designer, a fairly robust reporting tool that shipped with the 16-bit version of OpenInsight. It was our first taste of a true WYSIWYG reporting tool…and it was banded. Regrettably, the source code went MIA prior to Revelation Software’s transfer to WinWin Solutions, Inc. This left us with a tool that still worked, but it could not be supported nor updated to work properly with the 32-bit version of OpenInsight. The next version of this tool was released in OpenInsight v8.0. It was an ambitious project, if only because it attempted to build upon one of Revelation’s prime directives at the time: build tools within the toolset itself. The final result bore much resemblance to the capable Report Builder (an R/LIST interface, written in BASIC+). As such, it showed some promise. Alas, this tool never succeeded, despite efforts to address various problems through OpenInsight v9.21.

END_OF_DOCUMENT_TOKEN_TO_BE_REPLACED

As alluded to in our pre-Christmas release of version 2.7 of the SRP Editor, I drew attention to a new (well, partially new) feature referred to as metadata. Of course, the term metadata is well known, especially to those who work with information technology. Simply put, metadata means “data about data”. OpenInsight developers use metadata all the time in the form of Data Dictionaries.

So how does the SRP Editor support metadata? What kind of data would the SRP Editor be describing? Even better, how will this benefit you as a user of the SRP Editor? Great questions. Let’s spend some time exploring the answers.