SRP has long advocated a philosophy of “right tool for the right job” when building software applications. It was the driving force that moved us to develop our very first ActiveX control for OpenInsight. Continuing along this path has resulted in the development of several useful controls and utilities. This effort has allowed us to produce some fantastic software applications for our clients – using the very best that OpenInsight has to offer while integrating technology that goes beyond OpenInsight’s boundaries. Therefore, it was only natural that we should follow this same philosophy when it comes to our own online resources.

END_OF_DOCUMENT_TOKEN_TO_BE_REPLACED 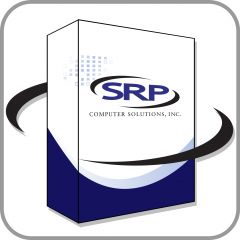 SRP is pleased to announce the release of SRP Utilities 1.5.5. In addition to some minor fixes and updates, the highlight of this release is SRP_Path. This service-oriented routine provides more than thirty functions for working with file paths. The tedium of manipulating paths is over. Let the era of single line convenience commence!

END_OF_DOCUMENT_TOKEN_TO_BE_REPLACED

In this blog series, the UD 5 Performance Part 1 article focused on benchmarks between the UD 4.7 and UD 5.0 using a simple read / modify / write loop running directly on the server. This article continues the same series of testing by including record locking in the test loop to compare the impact of locking between both Universal Drivers. Details about the test setup and testing environment are included in part 1, and since this is a continuation we will not review the details in this part.

Since writing part 1, Revelation Software also released an article on UD 5 and UD 4.7 Benchmarks. Their benchmarks compared the overall test time where as our series is more focused on throughput (records read/written per second). Two key differences between the Revelation tests and the testing methodology in our series is the Revelation Software benchmarks include locking and wrote new records into a new table. This series does not write any new records but instead modifies only existing records.

END_OF_DOCUMENT_TOKEN_TO_BE_REPLACED

In our most recent service module metadata article, we documented how the metadata record is structured and how the Key ID should be named in the SYSENV table for proper functionality. We were pleased to see that some of you have already taken the initiative to generate your own metadata. In this article, we hope to make the task of generating service module metadata a whole lot easier by providing you with relatively quick and easy ways to comment your stored procedures in a way that asks the SRP Editor to do the work for you.