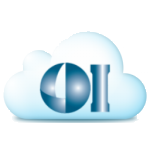 There is no end in sight to the growth of online content and web services. Sooner or later your application will need to communicate with an online service for new functionality. You may need to interface your OpenInsight based application with a web API or simply need to download a file. This blog article walks through extending the built-in functionality to provide a more feature rich user experience.

Out of the box OpenInsight 9 includes the function OLE_GetWebPage for accessing online content. It’s easy to get this function working and it does a good job at providing basic access. The help file indicates it is a wrapper around the Microsoft XMLHTTP COM object and abstracts a lot of the advanced features provided by the object.

This blog article provides a working example to directly interface with the XMLHTTP COM object for asynchronous communication and downloading binary files. (Disclaimer: Our tests have shown that downloading files larger than 100MB can become problematic. We believe this is due to the requirement that OpenInsight handle the entire request as a single process and thus constraining resources. Another approach might be necessary if a more robust solution is required.)

Asynchronous communication provides a richer user experience because it enables the application to respond to user activity which is especially useful over slow connections or during large downloads if the users wants to end the download early. OLE_GetWebPage operates synchronously which halts program execution until the request has completed or timed out.

With OLE_GetWebPage it’s not possible to download binary content such as images or compressed files unless we directly interface with the XMLHTTP COM object (along with additional assistance as documented below.)

It is possible to directly communicate with the XMLHTTP COM object but without the wrapper it becomes difficult to do when dealing with binary data. This is because the responseBody property of the XMLHTTP COM object returns the data in a SAFEARRAY, a data type not supported in OpenInsight. Thus, we’ll need an additional helper object to process the binary data. We won’t discuss the wrapper line by line but will call attention to the three important functions:

The example OpenInsight routine uses the wrapper by calling DownloadAsync() function to begin a download. This function returns immediately and can be checked periodically by calling getDownloadState() to monitor when the download finishes. The final function getDownloadContent() returns the downloaded content or the path to a file containing the content (if binary).

The example OpenInsight BASIC+ routine SRP_HTTP_ASYNC_EXAMPLE demonstrates how to call the VBScript wrapper and asynchronously download text or binary content. Let’s walk through the key points to the program starting from the top.

Here our example program calls a self-contained GoSub to load the VBScript wrapper from the compiled insert record into the COM handle objDLScript@. If it was already loaded in memory the object is re-used.

Once loaded our program then calls another self-contained GoSub to interface with the VBScript wrapper by using the Run method to call the DownloadAsync function. The URL of the resource to download is passed in along with a boolean value indicating if the return type should be treated as binary data.

// Call the wrapper to check if the download is finished.
Response = objDLScript@->Run(‘getDownloadState’)

When Response equals HTTP_COMPLETED$ the download is finished and the processing loop ends.

Finally we get the downloaded data by calling:

// Return the downloaded content as a string or path to a file
// containing the binary download data.
ResponseText = objDLScript@->run(‘getDownloadContent’)

For those wanting to maintain a more BASIC+ focused solution we offer SRP_HTTP_ASYNC_EXAMPLE2. Technically this solution still relies upon an external library (SRP COM), but the BASIC+ coding is much closer to what a pure solution based on native OpenInsight COM would look like. In fact, the SRP COM library was designed to work very similarly to the OpenInsight COM library but updated to be a little more robust.

Whether using the VBScript wrapper or just SRP COM, you have a simple example of how to utilize the XMLHTTP COM object to provide a more feature rich experience for the user. Both solutions serve as a base for you to customize and further extend the use of the XMLHTTP COM object to not only download content but also send data to the remote server…a topic which may be covered in a future blog article. For a complete list of XMLHTTP COM options see the MSDN documentation on XMLHTTP request members.

One Response to Asynchronous HTTP Requests