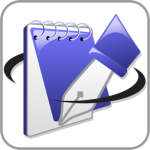 We have two new releases today. SRP Editor makes you even more productive and the SRP ActiveX Controls get some love.

This leads to another quality of life change. Read only records used to have the same icon as locked records:

To alleviate the confusion, records intentionally opened as read only now have this icon:

Faster Open Record. Another major feature of this release is a massive improvement to the Open Record dialog. To be blunt, this window was just plain slow when it came to loading a table’s list of keys. It got so much worse with large tables. After a lot of testing and benchmarking, we discovered two major bottlenecks: the yield statement and the OI list control. The yield statement was allowing the list to update in real time, but this forced a redraw of the entire control several times a second. That’s just too much rendering when loading hundreds of thousands of keys. Now the dialog will only use yield if it takes longer than a second to select all the keys. If it does takes longer than a second, it shows a progress bar so that a lot less rendering is done during a yield.

Once all the keys are gathered, there’s still the issue of passing them to the OI list control. This one Set_Property call would take a long time even for a modest amount of keys. So, we replaced it with the SRP ReportTable Control, and the keys load twenty times faster. As a result of these two changes, your medium to small tables will load instantly and your larger tables will load about ten times faster overall. As an added bonus, we even show you how many keys were loaded.

Faster New Item. Pressing Ctrl+N opens the New Item dialog, but you are forced to switch to your mouse to click one of the items. With this update, a single character press can click the item for you. For example, Ctrl+N followed by R will create a new record. Look for the underlined letters on the dialog to determine which letter will create the item you want.

Autocomplete Improvements. Autocomplete dropdowns now appear immediately after GoSub, GoTo, and $Insert keywords instead of waiting for you to type a character. This makes it easier to see all your options.

For the full list of changes, visit the SRP Editor’s Version History page.

This release sees a few bug fixes, but also a couple new features to note.

Virtual combo boxes. The SRP Subclass Control allows you to add a combo drop down to an OI EditLine control, but what happens if you don’t want to load every possible value into the drop down in advance or want to query for possible autocompletes? The answer is to use the new OnComboVirtualData event. This event doesn’t need to be activated by setting a property. Simply capture it when you want to change the combo box drop down data just before the drop down is displayed. The effect will be similar to the autocomplete on Google. After the user types a few characters, you can use this event to query a web service to get some autocomplete options.

Case Insensitive Sorting in Tree Control. The SRP Tree Control is unique in that the items you add can be given a type, which is used to accurately sort. Until now, you were limited to a case sensitive sort. Now, if you want to sort case insensitively, you can set the items’ ItemType properties to “TextNoCase”.

Check out the version history for all the changes and fixes.