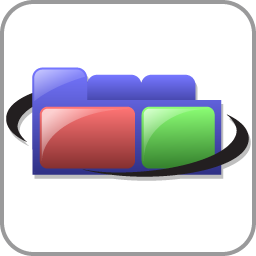 SRP is pleased to announce our newest control, the SRP Ribbon Control.

The SRP Ribbon Control brings the toolbar user interface made popular by recent versions of Microsoft Office. Ribbon controls completely replace the old menus used by the Presentation Server. No more cumbersome menus and makeshift toolbars. All your application’s commands are in one place, easy to modify, and easy to code against. In addition to making your life as a developer easier, your application takes on any one of the latest Office themes that suit your taste.

We are releasing a BETA version of the control, today, totally free for the next thirty days. No popups. No catches. We simply want the community to try it out and let us know if they encounter any issues. We ran it through some extensive testing, so we’re confident any issues will be minor. Our wiki has been updated to include help documentation to get you started, but we’ve provided a quick overview of this new control’s features here to whet your appetite.

Themes. The SRP Ribbon Control supports several themes. These themes customize the entire OI form, not just the control itself, allowing for a completely seamless look and feel. 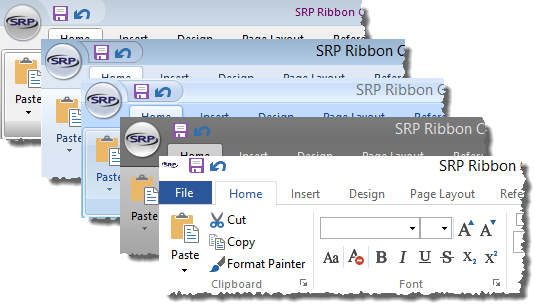 Backstage. Each SRP Ribbon Control has a system button or file tab. Either way, clicking it shows the Backstage. The Backstage is a popup that fills the entire OI form with a menu rendered in the ribbon’s theme which can even embed OI forms to give you maximum customization. In the following screenshot, we’ve embedded OpenInsight’s built-in Copy Rows form. 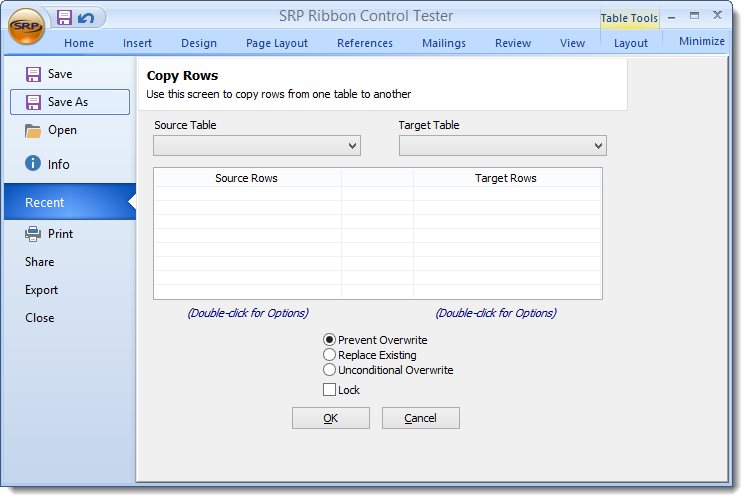 XML Driven. The SRP Ribbon Control introduces the ability to initialize the control using XML. Given the hierarchical nature of the control, this makes initialization far more intuitive and human readable than using code alone. Simply store the XML in a record, modify it as desired, and pass it to the Init method during the window’s CREATE event. 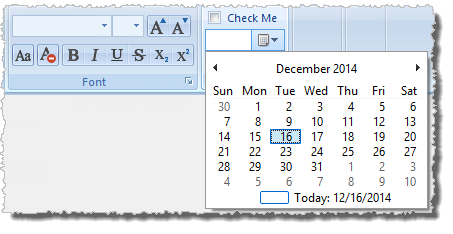 Easy Layout. Layout is easily handled for you. You simply place controls into groups and the control determines their sizes based on type of control and the size of its icon. Small icons make small buttons, and large icons make large ones. However, the control will resize these buttons as it shrinks. When it gets too small, a group becomes a single button which the user can click to show a popup containing its controls.

Commands. Since the SRP Ribbon Control acts as both menu and toolbars, there are times when a command appears in more than one place. For example, you might have a Save button on the Home tab, on the Quick Access Bar at the top, and in the Backstage. Instead of having three different button handlers, you simply define three buttons all associated to the same command. When the user clicks on any of the buttons, the same command event is fired, thereby simplifying your code.

We hope you give the control a try. You can download the BETA release of the control one of two ways. If you are a Pro control user, you’ll want to download SRPControls.ocx. If not, then you can get SRPRibbon.ocx instead. The documentation for the control can be found here.

We added a new forum for the SRP Ribbon Control. Please post any issues or questions there.

Remember, the control is free for 30 days from today. At the end of 30 days, evaluation messages will begin to appear unless you have purchased a license. Pro users will get the control automatically as long as their license is current. We plan to release it officially within that time frame depending on the feedback.